Last night we had a great time celebrating the launch of Jorge Carrión’s Against Amazon and Other Essays with some of our favourite booksellers from across Canada and the US. We were joined by Doug Minett from The Bookshelf in Guelph, ON, JoAnn McCaig from Shelf Life Books in Calgary, AB, Jason Purcell from Glass Bookshop in Edmonton, AB, Josh Cook from Porter Square Books in Cambridge, MA, and Cristina Rodriguez from Deep Vellum Books in Dallas, TX. The group discussed what they loved about Jorge Carrión’s new book, why people should stop shopping at Amazon, how their experiences as booksellers have changed during the pandemic, and which books they’re recommending this holiday season. We also heard from the author Jorge Carrión, as he submitted a pre-recorded video from his home in Spain.

In case you missed it, you can still watch the video now:

ABOUT THE AUTHOR:
Jorge Carrión is a writer and literary critic. He studied at the University of Pompeu Fabra, where he now teaches literature and creative writing. His published works include essays, novellas, novels and travel writing, and his articles have appeared in National Geographic and Lonely Planet Magazine. Bookshops was a finalist in the Premio Anagrama de Ensayo, 2013.

Order your copy today from your local independent bookstore or from our website.

A Bite of the Apple Virtual Launch Video 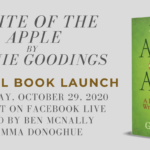 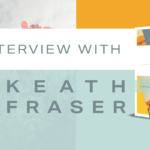 To Burn with a Reignited Purpose: A Biblioasis Interview with Keath Fraser
Scroll to top