On Wednesday, November 7, 2018, it was announced that Dear Evelyn by Kathy Page has been awarded the 2018 Rogers Writers’ Trust Fiction Prize.

Prize jurists Ann Y.K. Choi, Mireille Silcoff, and Robert Wiersma said in their citation: “Kathy Page’s Dear Evelyn tells the tender and unsettling story of working-class Londoner Harry Miles and the ambitious Evelyn Hill who fall in love as the world around them goes to war. What initially begins as a familiar wartime love story morphs into a startling tale of time’s impact on love and family, as well as one’s complex search for personal meaning and truth. By integrating themes that are universally understood by readers and skillfully crafting endearing characters that surprise and delight, Page has created a poignant literary work of art. The result is a timeless page-turning masterpiece.”

“I couldn’t be happier for Kathy tonight,” said Dan Wells of Biblioasis, publisher of Dear Evelyn. “She’s long been one of our best writers and it means so much that the Writers’ Trust jury has acknowledged this wonderful, deeply personal look at how love can change us, then change us again.”

Born between the wars on a working-class London street, Harry Miles wins a scholarship and a chance to escape his station, but discovers instead that poetry is what offers him real direction. While searching for more of it he meets Evelyn Hill on the steps of Battersea Library. The two fall in love as the world prepares once again for war, but their capacity to care for each other over the ensuing decades becomes increasingly tested. Twisting and startling, harrowing and deeply tender, Dear Evelyn explores how two very different people come together to shape and reshape each other over a lifetime. It is a compelling and unconventional love story that will leave its mark on any reader who has ever loved.

Kathy Page is the author of ten previous books, two of which, Paradise & Elsewhere (2014) and The Two of Us (2016), were nominated for the Scotiabank Giller Prize. Other works include Alphabet, a Governor General’s Award finalist in 2005, and The Story of My Face, long-listed for the Orange Prize in 2002, and Frankie Styne and the Silver Man. Born in the UK, she moved to Salt Spring Island with her family in 2001, and now divides her time between writing and teaching at Vancouver Island University.

A Biblioasis Interview with Patrick Brode, author of Dying for a Drink: How... 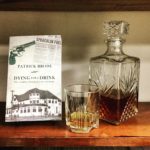 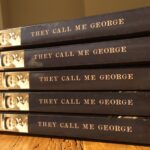 An Interview with Cecil Foster
Scroll to top