Did you miss the double virtual launch last night for FORGOTTEN WORK and DIRTY WORDS: SELECTED POEMS 1997-2016? You can still watch it here!

We had a great event with Jason Guriel and Carmine Starnino. The two of them read from each other’s books, had a discussion, and answered questions from the audience. Watch the video here: 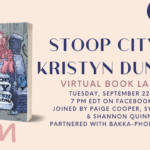 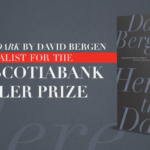 HERE THE DARK is a finalist for the 2020 Scotiabank Giller Prize!
Scroll to top