Join us virtually as Andrew Potter shares his new book On Decline (August 17, 2021) with host Karim Bardeesy and discusses the devastating effects of cultural nostalgia and the havoc wreaked by social media on public discourse. The event is part of the Toronto Public Library’s On Civil Society series. The event will take place on Monday, November 29 at 7PM EDT. 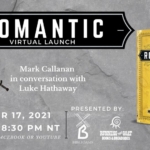