Revisit the classics! Randy Boyagoda is joined by fellow Canadian author Mona Awad in a discussion about their latest novels and entertaining approaches to blending the old with the new. In All’s Well, Awad harnesses classic Shakespeare when a modern theatre professor struggling with chronic pain experiences the challenges of staging one of The Bard’s most maligned works with a rogue cast of characters. Dante’s Indiana, the sequel to Boyagoda’s Original Prin, is an hommage to Dante Alighieri, as Prin goes to a small town in Indiana where he must begin building a million-dollar Inferno-inspired theme park. Join us for this conversation to learn more about the inspirations behind these unexpected and hilarious mash-ups. The event will take place on Monday, October 25 at 9PM EDT.

Register for this event here!

Randy Boyagoda is the author of six books, including the novels Governor of the Northern Province, Beggar’s Feast, and Original Prin. His work has been nominated for the Scotiabank Giller Prize, IMPAC Dublin Literary Prize, and named a Globe and Mail Best Book of the year and New York Times Book Review Editor’s Choice. An essayist, book critic and radio columnist, he is a professor of English at the University of Toronto, where he lives with his wife and their four daughters.

Purchase your copy from Biblioasis here!

Things Are Against Us: Lucy Ellmann at TIFA 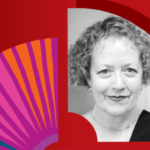 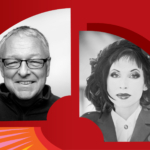