Hear from two of the most acclaimed and internationally awarded authors from the Nordic countries whose novels lift a veil on some of history’s dark secrets. Norwegian author Roy Jacobsen returns to TIFA to talk about the conflict of loneliness and human endurance, with White Shadow (translated to English by Don Bartlett and Don Shaw), the highly anticipated sequel to International Booker-shortlisted The Unseen. Finnish-Estonian novelist Sofi Oksanen unmasks a story of murder in the global fertility market with Dog Park (translated to English by Owen F. Witesman), a captivating story of intrigue and betrayal. Don’t miss this chance to meet the minds behind the pages, and uncover the love, history and lies that fill their pages. This event will take place on Sunday, October 24 at 4PM EDT.

Born in Oslo to a family that came from northern Norway, Roy Jacobsen has twice been nominated for the Nordic Council’s Literary Award. He is the author of more than fifteen novels and is a member of the Norwegian Academy for Language and Literature. In 2009 he was shortlisted for the Dublin Impac Award for his novel The Burnt-Out Town of Miracles. Another novel, Child Wonder, won the Norwegian Booksellers’ Prize and was a Barnes and Noble Discover Great New Writers Selection. The Unseen, the first of a series of novels about Ingrid and her family, was a phenomenal bestseller in Norway and was shortlisted for the 2017 Man Booker International Prize and the 2018 International Dublin Literary Award, selected as a 2020 Indie Next pick in North America, and named a New York Times New and Noteworthy book. White Shadow, the second Barrøy novel, was published in North America by Biblioasis in 2021. 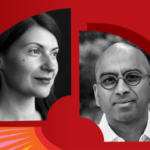