Blog - Latest News
You are here: Home / Events / McMaster Poetry Panel: THE AFFIRMATIONS, THE DAY-BREAKERS, and HAIL, THE...

By registering for the event, you will be entered into a draw to win one of three book bundles, featuring each of the newest collections from our poets!

The mystics who coined the phrase ‘the way of affirmation’ understood the apocalyptic nature of the word yes, the way it can lead out of one life and into another. Moving among the languages of Christian conversion, Classical metamorphosis, seasonal transformation, and gender transition, Luke Hathaway tells the story of the love that rewired his being, asking each of us to experience the transfiguration that can follow upon saying yes—with all one’s heart, with all one’s soul, with all one’s mind, with all one’s strength … and with all one’s body, too.

Luke Hathaway is a trans poet who teaches English and Creative Writing at Saint Mary’s University in Kjipuktuk/Halifax. He has been before now at some time boy and girl, bush, bird, and a mute fish in the sea. His book Years, Months, and Days was named a best book of 2018 in The New York Times. He mentors new librettists as a faculty member in the Amadeus Choir’s Choral Composition Lab, and makes music with Daniel Cabena as part of the metamorphosing ensemble ANIMA.

Michael Fraser is published in various national and international journals and anthologies. He is published in Best Canadian Poetry in English 2013 and 2018. He has won numerous awards, including Freefall Magazine’s 2014 and 2015 poetry contests, the 2016 CBC Poetry Prize, and the 2018 Gwendolyn Macewen Poetry Competition.

ABOUT HAIL, THE INVISIBLE WATCHMAN

Hail, The Invisible Watchman is haunted poetry—Oliver’s formal schemes are as tidy as a picket-fence and as suggestive; behind the charm of rhyme is a vibrant, dark exploration of domestic and social alienation.

The poems in Hail, the Invisible Watchman are as tidy as a picket-fence—and as suggestive. Behind the charms of iambs lurks a dark exploration of domestic and social alienation. Metered rhyme sets the tone like a chilling piano score as insidiousness creeps into the neighbourhood. A spectral narrator surveils social gatherings in the town of Sherbet Lake; community members chime in, each revealing their various troubles and hypocrisies; an eerie reimagining of an Ethel Wilson novel follows a young woman into a taboo friendship with an enigmatic divorcée. In taut poetic structures across three succinct sections, Alexandra Oliver’s conflation of the mundane and the phantasmagoric produces a scintillating portrait of the suburban uncanny.

Alexandra Oliver was born in Vancouver, BC. Her 2013 collection Meeting the Tormentors in Safeway was the recipient of the 2014 Pat Lowther Memorial Award; Let the Empire Down (Biblioasis 2016), was shortlisted for the same in 2017. Her libretto for From the Diaries of William Lyon Mackenzie King, conceived in conjunction with composer Scott Wilson at the University of Birmingham, was performed by Continuum Music in Toronto in December, 2017. Oliver is a past co-editor of Measure for Measure: An Anthology of Poetic Meters (Everyman’s Library/Random House, 2015) as well (with Pino Coluccio) of the formalist journal The Rotary Dial. She is currently completing a PhD in the Department of English and Cultural Studies at McMaster University, where she teaches poetry and prosody. 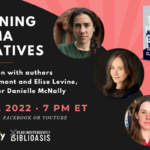 MURDER ON THE INSIDE: Catherine Fogarty signing at Novel Idea Bookstore!
Scroll to top