Join Andrew Potter virtually for a discussion of his latest book, On Decline (August 17, 2021)! The discussion will be hosted by the Waterloo Public Library in partnership with Words Worth Books. The online event will take place on Thursday, February 24 at 7PM EDT.

A PEN By the Book event: Randy Boyagoda & John Irving 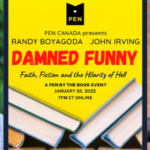 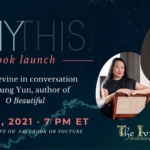