In this session of The Re-Read, join Canadian novelist, journalist and scholar Cecil Foster (They Call Me George) in a fascinating talk on Mairuth Sarsfield’s bestselling novel No Crystal Stair. Exploring the complex history of both passing as white and surviving as black, No Crystal Stair is a story about perseverance and strength. Cecil Foster, a writer who uses many genres to tell stories about the human condition, will delve into Sarsfield’s world to illuminate her messages about the Black experience in Canada, as well as fostering hope, affirming identity and claiming freedom.

The Re-Read explores the influential books and writers who defined genres and captivated readers for decades. Each session features a contemporary writer discussing a favourite book or author, to offer their insight as an author and share their joy as a reader.

The event will take place in the Brigantine Room (Harbourfront Centre) on Friday, September 23 at 6PM ET. Tickets will be on sale August 29.

Get your copy of They Call Me George here!

ABOUT THEY CALL ME GEORGE

Cecil Foster is a leading author, academic, journalist and public intellectual. His work speaks about the challenges that Black people have encountered historically in Canada in their efforts to achieve respect and recognition for their contribution to what is now a multicultural Canada. He highlights their fight for social justice and human dignity. In particular, Foster addresses the issues of immigration in his critical discussions on who is a Canadian in the ever-evolving social narrative toward a genuine multicultural Canada.

The Re-Read: Stéfanie Clermont at TIFA 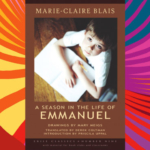 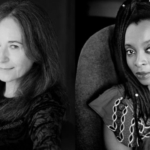 The Different Sides of the Story: Elise Levine at TIFA
Scroll to top