You’re invited to the virtual launch of Judith McCormacks’s The Singing Forest! Join us on Wednesday, November 3 at 7PM ET. Judith McCormack will be joined in conversation by criminal lawyer Frank Addario, and author and Judge Maryka Omatsu. We’ll be streaming live on Facebook & on YouTube. Video link will be shared closer to the event, so RSVP to stay up to date! 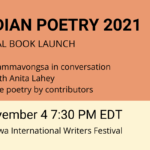 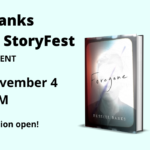