Blog - Latest News
You are here: Home / Latest News / FOREGONE by Russell Banks reviewed in THE NEW YORK TIMES and THE BOSTON...

“As always, Banks’s prose has remarkable force to it. Like Emma, the reader too might prefer that Fife stop torturing himself in public… But there is such brio in the writing, such propulsion as the lashes are applied, that we follow Fife into the depths.”

“Depending on how you slice Foregone, you might find a book about a temperamental, privileged, cishet white male artist, a book about capturing art, a book about dying, a book about personal truth, or even (and finally) a book about how the spotlight lies to us… Banks has crafted a powerful novel about what remains.”

Visit their websites to read the full reviews! You can order Foregone directly from Biblioasis or from your local bookstore.

Stay tuned for upcoming events: Russell Banks will be reading with One Page: Canada’s Virtual Literary Series on March 25, 2021 at 7 PM EST.

A searing story about memory and betrayal from the acclaimed and bestselling Russell Banks.

In his late seventies and dying of cancer, acclaimed Canadian-American documentary filmmaker Leonard Fife, one of sixty thousand draft dodgers and deserters who fled to Canada to avoid the Vietnam War, agrees to a final interview conducted by his acolyte and former student. But unbeknownst to Malcolm, who imagines his portrait of the master will cement his own reputation, Fife has his own plans: an astonishing, dark confession that reaches back to his young adulthood across the border and beyond, witnessed by his wife and the filmmaker’s crew, who struggle to make sense of the dying man’s long-held secrets. Alternating between Fife’s private memories and his efforts to relate them to his listeners, Foregone is a brilliantly structured examination of memory, destiny, and truth. 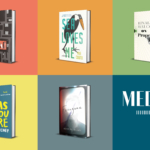 MURDER ON THE INSIDE, ON PROPERTY, SEA LOVES ME, ON TIME AND WATER, and DUCKS,...
Scroll to top