Blog - Latest News
You are here: Home / Latest News / Happy Canadian Pub Date to Here I Am! by Pauline Holdstock

Today is the Canadian pub date for Here I Am! by Pauline Holdstock!

You’ll love Here I Am! by Pauline Holdstock! 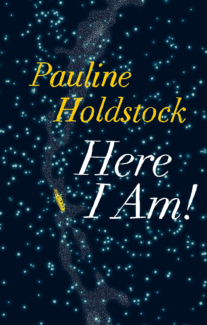 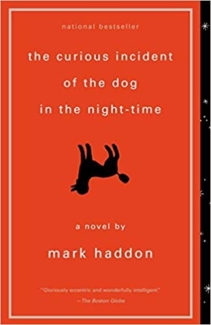 When Frankie’s mother dies, the six-year-old comes up with a plan: go to France, find a police station, and ask the officers to ring his father—and so begins Giller-nominated Pauline Holdstock’s eighth novel. Narrated in turns by Frankie, who likes cheese, numbers, the sea when it’s pink and “smooth like counting,” and being alone when he feels bad, and a cast of characters that includes his Gran and his father, Here I Am! is a mesmerizing story about innocence lost and found.

I would describe it as a cozy weekend read. I curled up with it on a Saturday after I had just read a really long book, and I finished it on Sunday. It reminded me of The Curious Incident of the Dog in the Night-Time, or Extremely Loud and Incredibly Close—just like those books, it’s narrated by a lovable kid who sees the world his own way, and doesn’t let the fact that he’s a kid keep him from going on a unique quest.

Though Here I Am! isn’t based on a true story, author Pauline Holdstock was inspired by an actual case in the US where a kindergarten child had had to go home and spend the night with the dead body of her mother because her teacher didn’t believe her when she said her mother had died.

You can read an excerpt here. 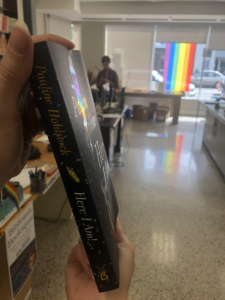 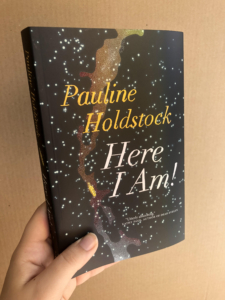 Hat trick Tuesday! DREAM SEQUENCE by Adam Foulds and LATE BREAKING by KD Miller... Thanks for Celebrating Our Anniversary with Us!
Scroll to top