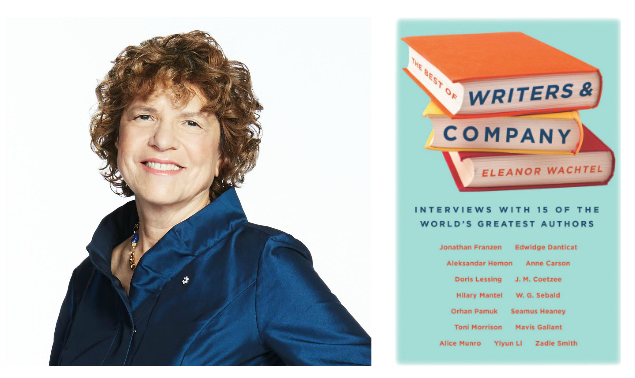 Montreal’s Blue Metropolis Literary Festival, one of Canada’s premier literary festivals, is no stranger to Eleanor Wachtel: The thoughtful and intrepid host of CBC’s Writers & Company, who is celebrating 25 years hosting the national literary staple, has attended all but one Blue Metropolis since its inception in 1999. Wachtel loves the festival for its wide scope and its location, her hometown of Montreal, which she says has “tremendous joie de vivre and savoir faire and je ne sais quoi.”

Although she’s more than comfortable interviewing the big names who grace the Blue Met stage, Wachtel found herself the interview subject at this year’s event, as she thoughtfully engaged with interviewer and Montreal author Will Aitken’s questions on hosting the show, interviewing authors, and the launch of her new book, The Best of Writers & Company. Listen to the full interview, from April 15 2016, right here: