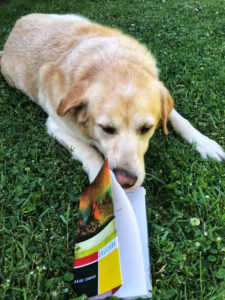 We’re over the moon for our author Paige Cooper, whose collection of short fiction Zolitude has been longlisted for the 2018 Scotiabank Giller Prize. Beloved by dogs everywhere, Zolitude is a stunning literary debut by a true Canadian original. But don’t take our word for it . . .

“I’m not sure I can praise this book highly enough . . .  Zolitude surprises first because of a unique use of and care with language, which is both kinetic, bold, unexpected, and yet also controlled and coldly precise when it needs to be. The approach re the environment and the modern condition is deeply *right*, too. Cooper’s Zolitude manages an interiority of character that’s honest and, again, pretty unique. These are flawed, interesting characters presented in sharp relief . . . and now words are kind of flailing me. Just buy this damn thing, okay? You’ll see what I mean. I’m just a huge fan of this writer now. I can’t imagine her doing anything other than going from strength to strength. This prose is just amazing.” —Jeff VanderMeer, author of the Southern Reach Trilogy

“Cooper finds moments of beauty (or maybe it is just truth) in such landscapes. The surreal, sometimes fantastical worlds of these stories are so wholly realized, stepping into them is a pleasing form of disorientation.”—The Globe and Mail

“Rarely have love stories seemed less cliché and predictable . . . tenderness and violence and doom are so densely layered as to deliver the affective impact of a novel . . . these stories are so well made, so viscerally moving, I often found the need to take a break between them to recover. “—Quill & Quire (starred review)

“Zolitude is Cooper’s first short story collection, but it reads like the work of a far more seasoned writer. Her stories are painful and wise, ugly and moving, and at their best, reveal uncomfortable truths about human connection and its limits . . . With each opening paragraph, she pitches us into a new atmosphere, full of gorgeous detail and emotional rawness, a world that feels too real to be a fantasy, or perhaps just fantastic enough to be real.” —Montreal Review of Books

“Standing apart from the pack of debut collections is never an easy thing, but Paige Cooper’s Zolitude demands attention . . . every sentence is razor-sharp, and you have no idea where the story is going until the moment it gets there.” —Montreal Gazette

“The badass ensemble of Zolitude‘s women characters don’t so much take the reader for a ride as they snatch the reader up and jerk them along an austere, dystopian road of twelve short stories. Written with unapologetic intelligence and complexity, this incredible collection refuses to ever give up—and you don’t want it to.” —All Lit Up Summer Book Club

“Zolitude is one of those books that you won’t want to stop talking to people about, and I haven’t. Ask anyone I know. A collection of love stories – flawed, sad, and intensely engaging – Paige Cooper’s debut is devoid of cliché and predictability. I never knew where I would end up in any of the stories. It’s magical. It’s twisted. It’s unbelievable. Go read it!” —All Lit Up

“Cooper proves that she can do just about anything. She’s as comfortable telling a story from the perspective of a hip young record-label employee . . . whose hand is blown off by a mail bomb (‘Ryan & Irene, Irene & Ryan’) as she is telling the story of a mounted police officer who lives on the edge of loss and violence (‘The Emperor’) . . . Readers willing to give themselves over to some mystery will be rewarded.” —Kirkus

“A keen eye for the quirks of human behavior.” —Publishers Weekly

“Paige Cooper’s finely-crafted debut collection . . . crackles and spits with intelligence. Cooper has honed a style that lends itself to unusual, crystalline landscapes . . . Even worlds that are familiar are made strange in [her] lucid imagination.” —The Arkansas International

“The stories in Zolitude are dense, rich, and wildly intelligent . . . wrapped in perfectly wrought and unusual images.” —Geography of Reading

IN THE MEDIA: Spring & Summer Highlights 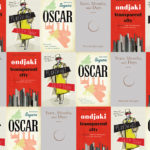 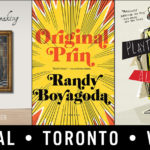