The Discovery of Honey (eBook)

The Discovery of Honey is a suite of short stories narrated by a precocious and nosily omniscient central character named Hero. Not one to hide her light under a bushel, nor to conceal significant—usually scandalous—happenings in her rural community (including her own conception, birth, and various other unruly incidents that occur throughout her young life), Hero is forthright about dishing the dirt about herself, her family, and nearly everyone she’s come to know.

The collection begins at a clip, initiated by the chaotic wedding of Hero’s parents in the early Sixties—an unsettled union that engenders the many disturbances to follow: a wayward wife and mother, a family constantly on the move, extortion, possible murder. Running wild even before she can walk, Hero goes on a dangerously riotous road trip with an aunt, later takes up with her feral, bad-boy cousin, dabbles in dark DIY magic, investigates a crime, kills a best friendship with a few aggressively applied home truths, falls in conflicted love with the feral cousin, then determinedly, if not convincingly, falls out. Funny business all around.

“Chockablock with winks and digs at the literary set, Thought You Were Dead is a gleeful Russian doll of a novel. Reading it, one trips along, revelling in its wordplay.”—Globe and Mail

“The Lusty Man is a very different kind of book, a Rabelaisian romp, a roaring whirl.”—Canadian Literature

The Discovery of Honey (Trade Paper) 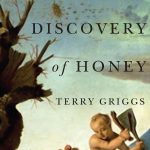 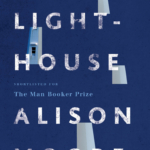 The Lighthouse
Scroll to top