A GLOBE & MAIL BEST FALL BOOK FROM AN INDEPENDENT PUBLISHER

WINNER OF THE 2021 RELIT AWARD FOR SHORT FICTION

“What an assured and attractively variegated collection of stories. Set in Toronto and small-town southern Ontario, Kristyn Dunnion’s 13 short pieces are marvellous feats of pacing and styling bolstered by vibrant characterization and enviable turns of phrase.”—Quill & Quire (starred review)

“No one writes like Kristyn Dunnion, not even those of us who really, really want to. These are stories that live under your skin and force new colours into the spectrum, that rip open and fold inward at the same time. You read them and wonder about the talent that allowed them to be told. Just how many lives has Dunnion lived exactly, to be able to write like this? Because you believe every word and walk beside every character. I am a long-time fan of Kristyn’s work and now I think I may be head-over-heels in love.”—Cherie Dimaline, Kirkus Prize-winning author of The Marrow Thieves

“Stoop City is a tender snarl of an album, a glorious collection of wreckage and beauty and insight. Dunnion’s care shines through each carefully crafted page.”—Casey Plett, Amazon.ca First Novel Award-winning author of Little Fish

“The heroines in Dunnion’s defiant collection offer refreshingly blunt observations about the world around them, in settings alternating between the gritty and the fantastical.”—Publishers Weekly

“Kristyn Dunnion is a sharply observant chronicler of the marginal urban experience. In these tightly written stories, nobody gets a break. Even her well-adjusted characters are stretched to the limit by challenging circumstances. What comes through loud and clear though is the author’s empathy for people whose lives are spinning out of control through no fault of their own.”—The Miramichi Reader

“To read this collection is to witness stories of human connection told in a myriad of ways, from the absence-of to a yearning-for … Dunnion builds a community of diverse, vivid lives sewn into a patchwork quilt … The author’s strength lies in her dynamic characters: in creating a multitude of existences, and allowing us to share in those moments. And what we see is not the end. The residents of Stoop City live beyond the page.”—Prism International

“Kristyn Dunnion masters the speculative, illuminating elements of the strange to create something that’s somehow all the more gritty and real. Stoop City is a total reimagining of community, showing us that despite how very different we are, it is the delicate human threads within each of our own unique stories that binds us together.”—All Lit Up

“The Dirt Chronicles is tough and tenderhearted, a beautifully-written literary ode to outlaw culture. Kristyn Dunnion’s writing is fierce and funny, a truly original book of stories I hope everyone will read.”—Zoe Whittall

“Kristyn Dunnion is an utterly glorious writer. The gothic lyricism of Tarry This Night not only secures her a place among the rising stars of genre-bridging literary fiction, it is a declarative staking-out of narrative territory that is uniquely hers. A superb, elegant read.”—Michael Rowe 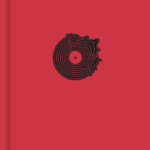