Embarking on a restorative walking holiday in Germany following the breakup of his marriage, Futh spends his first night at a Hellhaus hotel run by Ester and her volatile husband Bernard. The latter takes a near-violent dislike to Futh, confusing him. As Futh walks in solitude along the Rhine, he is beset by memories—his abandonment as a boy by his mother, a trip to Germany taken with his recently divorced father, and his own early relationship with Angela, his ex-wife—and the urgent sense of things left undone which could still have devastating consequences.
Back at the hotel, Ester’s behavior becomes increasing erratic, and when Futh returns for a final night’s stay he is unprepared for the explosive confrontation awaiting him.
Beautifully rendered, moving and ruthless, Alison Moore’s Booker-shortlisted The Lighthouse is an unforgettable work of unsettling perfection.

“A haunting and accomplished novel.” – The Independent on Sunday (UK)

“It is this accumulation of the quotidian, in prose as tight as Magnus Mills’s, which lends Moore’s book its standout nature, and brings the novel to its ambiguous, thrilling end.” – The Telegraph (UK)

“Though sparely told, the novel’s simple-seeming narrative has the density of far longer work. People and places are intricately evoked with a forensic feel for mood.” – The Daily Mail (UK)

“Moore’s writing has a superb sense of the weight of memory.” – The Times (UK)

“The Lighthouse is a spare, slim novel that explores grief and loss, the patterns in the way we are hurt and hurt others, and the childlike helplessness we feel as we suffer rejection and abandonment. It explores the central question about leaving and being left: even when it feels inevitable, why does it hurt so much, and why is this particular kind of numbness so repellent to others? The brutal ending continues to shock after several re-readings. ” – The Guardian (UK)

“The Lighthouse looks simple but isn’t, refusing to unscramble what seems a bleak moral about the hazards of reproduction, in the widest sense. Small wonder that it stood up to the crash-testing of a prize jury’s reading and rereading. One of the year’s 12 best novels? I can believe it.” – The Observer (UK) 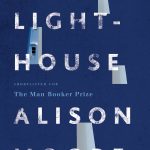 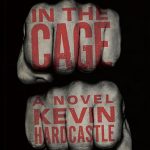 In the Cage
Scroll to top