“Sit back and let the language, distilled to its most pristine, wash over you with the force and effect of poetry.” —Hamilton Review of Books

“Levine shines, furnishing a mental space with language that juggles colloquial and classical vocabulary, complete with verbs that feel freshly minted. In other hands, such an inward turn might give rise to feelings of claustrophobia, but here one has the sense of a widening.” —Literary Review of Canada 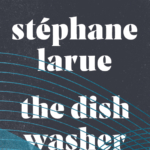 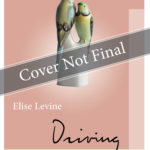