Praise for Here I Am!

“A moving tale about the invisibility children suffer when they are not heard and seen as their unique selves…Holdstock inhabits the mind of a bright, funny, and sensitive child through exuberant, playful language that doesn’t mask the darkness of his life. Frankie’s description of curling up on his dead mother’s lap is heart-rending…An unforgettable story about one very special child.”
—Kirkus

“With Here I Am!, Pauline Holdstock enchants with a spell of delectable storytelling…the novel’s wonderment and delight in the possibilities of life is an effervescent tonic…As adventure alone, Holdstock’s tale can hold its own. Coupling that with clever narration and a singular young hero, though, Holdstock has created a story that’s sure to thrill kids of all ages.”
—Vancouver Sun

“The writing in Here I Am! is captivating, with Holdstock deftly capturing Frankie’s travels, both literal and internal … An intriguing mystery … The novel finds its way with charming intrigue and humour.”
—Winnipeg Free Press

“Here I Am! is a great armchair read, delivered by a six-year-old narrator who is always on the move, an acute observer, frequently hilarious, and often very wise. Frankie both warmed and wrenched my heart, and it was a deep pleasure to follow him and the cast of supporting characters on his epic voyage from disaster to happiness and contentment—the very opposite of the story of the Titanic that frightens him so. Fans of Mark Haddon will particularly enjoy Here I Am! — though Pauline Holdstock’s character, is of course, no one but himself, and the dog in Here I Am! is very much alive. Pauline Holdstock has crafted a touching and utterly absorbing story that reminds us of what it is to be a child.”
—Kathy Page, author of Dear Evelyn, 2018 Winner of the Writers’ Trust Rogers Prize

“At the heart of Pauline Holdstock’s spellbinding new novel is the wonderful Francis: a six year old stowaway with opinions about almost everything. I loved being in his company and indeed in the company of all the vivid ‘a noying’ characters who people this suspenseful, exuberant story. If only Here I Am! didn’t have to end.”
—Margot Livesey, author of Mercury

“In Frankie, Holdstock has created an unforgettable young narrator – funny, determined, and by turns wise and innocent. Drawing comparisons to The Curious Incident of the Dog in the Nighttime author Mark Haddon, Holdstock’s storytelling is deeply charming, anchored in the truth and depth of Frankie’s experiences, loss, and raw hope.”
—Open Book

“Holdstock writes powerfully in Frankie’s voice, drawing readers into his internal life in a manner reminiscent of Mark Haddon’s The Curious Incident of the Dog in the Night-Time. She plays well with the ironic distance the voice provides; the reader understands more of Frankie’s situation than he does himself, while also being keenly aware of what Frankie is probably like to those around him. It’s a powerful, absorbing approach that deepens and fuels an otherwise fairly straightforward narrative.
—Quill & Quire

“Frankie’s voice is endearing and, despite the tragedy at the beginning of this adventure, his story will warm your heart and make you smile.”
—Consumed by Ink

“Rarely does a book draw me in from page one, but such was the case with Here I Am! by Pauline Holdstock … Frankie’s intelligent observations of life around him are sometimes hilarious and always powerful … I highly recommend this book. I am sure you will find young Frankie’s story both poignant and heartwarming.”
—Ormsby Review

“[The Blackbirds’s Song] examines questions of faith, meaning and power; [Holdstock’s] investigation of these issues is profound and beautifully paced, so that despite the intensity of the subject, the momentum of the narrative never falters, the evocation of place and time having an almost cinematic immediacy.”
—Times Literary Supplement

“Powerful, almost elemental storytelling, an achievement not only of craft but of raw emotion. [The Hunter and the Wild Girl] pulses with vitality, building to a stunning, shattering conclusion.”
—Vancouver Sun

“Holdstock’s ability to paint strange and compelling characters and march them through wondrous and terrifying events leaves one not too concerned about tracing themes. As her title suggests, mysterious life spills beyond the boundaries of inquiry.”
—Globe and Mail

“A thorough examination of what, exactly, it means to be a person—a question more daunting than any human antagonist, and one Holdstock raises gradually, with great skill and a light touch . . . [A] rich, immersive experience with little left to the imagination. That’s a good thing: hers is the kind of prose you get lost in.”
—National Post

“Pauline Holdstock’s language is so powerful, her writing so wrought with emotion and beauty, that you become fully lost in her world.”
—Winnipeg Review 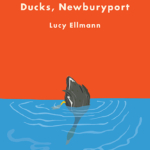 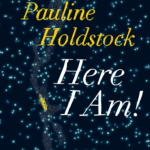 Here I Am! (Trade Paper)
Scroll to top