Shop
You are here: Home / Shop / Fiction / Novel / The Dishwasher

“[The Dishwasher] conjures a vivid and unnerving portrait of a work-world that throbs with stress.”
—CBC The Sunday Edition

“Quickly adopted by the kitchen-culture crowd before crossing over to mainstream bestseller lists…There’s no reason to think English Canada won’t soon follow suit with Pablo Strauss’s compulsively readable translation…Larue’s eye is so keen, his grip on his milieu so sure.”
—Montreal Gazette

“In The Dishwasher, Stéphane Larue invests in plot and character. Chapters are paced like restaurant work: there are quiet lulls for you to catch your breath and torrid rushes where nothing stops moving, the type of chaos where the only way to stay on your feet is to wildly tumble forward…Pablo Strauss’ translation creates a narrator and a world of energy and exhaustion….masterful.”
—Asymptote

“Larue recounts his story in an energetic style that will keep the reader emotionally vested in the life of The Dishwasher.”
—CBC Montreal

“An immersive look at the restaurant world make[s] for a gripping read in The Dishwasher…[a] gripping take on a damaged young man finding his place in a particular subculture, and the precise details make for a work that sits comfortably beside works by Anthony Bourdain and George Orwell.”
—Words Without Borders 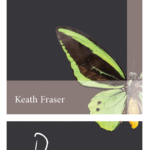 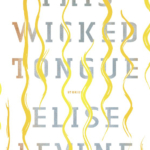 This Wicked Tongue
Scroll to top