Shop
You are here: Home / Shop / New Release / Things Are Against Us

An Independent Best Book of 2021

Praise for Things Are Against Us

“‘Let’s complain,’ urges the author of the prize-winning experimental novel Ducks, Newburyport at the outset of her first work of non-fiction, then valiantly leads the way. Over 14 entries that use approaches ranging from all-caps to page-swallowing footnotes, she takes on Trumpism, the beauty industry, patriarchy and crime writers, with charming tetchiness.”—Globe & Mail

“In this offbeat essay collection, novelist Ellmann (Ducks, Newburyport) addresses complex systemic ills alongside petty grievances in an acerbic and hilarious litany of complaints … Readers of Ducks, Newburyport will be familiar with her expansive writing style, which here manifests as a plethora of footnotes … Fans of feminist satire will delight in these rants and ruminations.”—Publishers Weekly

“[Ellmann] lambastes the patriarchy with verve and gusto … The 14 pieces that comprise Ellmann’s discontents, vividly illustrated by Diana Hope, muster all of her comic powers in the service of her home truths … Ellmann is entertaining, funny, loopy and brave, but, importantly, she’s empowering. You remember that you’re not alone … It’s good to know Ellmann is keeping her formidable comic weaponry trained on the people who got us into this pig show.”—Winnipeg Free Press

“[Ellmann] delivers these diatribes with her signature wit and humor … Each essay is accompanied by an illustration by artist Diana Hope, which complements the colorful nature of this collection. Fans of Ellmann will likely delight in Things Are Against Us.”—Chicago Review of Books

“As you might expect, a collection of essays by the author of the prize-winning stream of consciousness novel Ducks, Newburyport will not be boring or stuffy. ‘Let’s complain,’ she says in the preface and then proceeds to do just that. A collection of satirical essays written with biting wit, irreverence, and clever wordplay.”—Toronto Public Library

“Ellmann’s polemic is a medley: a wickedly funny, rousing, depressing, caps-driven work of linguistic gymnastics hellbent on upbraiding the deleterious forces of the prevailing misogyny … Attentively negotiating a bleak world, the sentences remain joyous constructions … ‘Let it blaze!’ commands Woolf in Three Guineas. At their brightest, Ellmann’s own pyrotechnics are ones to savour.”—Catherine Taylor, The Guardian

“[Ellmann is] out to foment revolution, and this book is nothing less than a manifesto … Aimed at everything from air travel to zips, genre writing to men (above all, men), her ire is matched only by an irrepressible comic impulse, from which bubbles forth kitsch puns, wisecracking whimsy and one-liners both bawdy and venomous … You don’t have to agree with everything Ellmann says to find this supple, provocative volume invigorating. Indeed, part of its craftiness lies in keeping the reader guessing about precisely how seriously she takes herself … A manifesto worth getting behind. On second thoughts, better make it a womanifesto.”—Hephzibah Anderson, The Observer

“Witty, provocative … As a polemic against the patriarchy, Ellmann’s collection has coherence … It’s in the titular—previously unpublished—essay that Ellmann reminds the reader what she’s capable of doing with language … As the refrain builds into something bigger and more powerful, the essay gives credence to the suggestion that Ellmann is one of the few writers producing modernist work for the contemporary moment.”—Financial Times

“Ellmann’s bravura polemic blends Woolfian hypotheses with Swiftian satire and her own rhetorical signatures … Her deadpanning, her asides to ‘darn a cheap sock’ or ‘caress husband’s cheek’—because there is such a THING as a mensch—her blazing diatribes and comedic energy fuel the purposeful lamentation of these hilarious and potent essays.”—The Saturday Paper

“Witty, excoriating polemics … Ellmann is fond of puns, alliteration and long lists of sharp adjectives and her put-downs are like a literary version of watching popcorn kernels sizzle and suddenly pop in the pan … One of the beauties of Ellmann’s essays is the unexpectedness of her references. For all the wit and wordplay, Ellmann has important points to make, not least about the way that our flailing world is upheld.”—The Independent

“This new essay collection from the Booker-shortlisted author of Ducks, Newburyport is a romp. Singularly propulsive, balancing conversational irreverence with biting acuity, Lucy Ellmann’s writing drips with wry humour and productive anger. Her razor-sharp commentary never wavers … Things Are Against Us figures patriarchy as a structure inextricably linked to capitalism, which is linked in turn to environmental devastation, exploitation and consumerism. As such, Ellmann’s essays focus on the dominant patriarchy—white, Western—and the women who live under it … I can’t imagine anyone emerging unmoved.”—i

“Things Are Against Us is far from conventional. The pieces that make up this collection are nothing so sober as ‘reflections’. Rather, they are rants of bracing, and often hilarious, frankness. If Ducks, Newburyport managed to poeticise that most anti-poetic of forms, the list, Things Are Against Us does the same for the rant: a niche, but traditionally male literary mode if ever there was one … This analysis is channelled through both her writing’s humour and style. A bit like Fran Lebowitz, another great comic, Ellmann seems to hate everything and nevertheless love life … Things Are Against Us is a wonderfully cathartic read. After the year we’ve all had, who wouldn’t want to scream?”—Irish Independent

“Innovative … In tangential, informal, sarcastic slices of polemic, sprinkled with extensive footnotes sometimes longer than the essay itself, Ellmann ‘complains’ at length about the state of the world.”—New Statesman

“All of this is, at least in part, an act, and a very accomplished one. She has the spiky wit of Nora Ephron, although Ellmann would perhaps not be flattered by a comparison with the mistress of romcoms … Things is also extremely fun … She has range as well as flair, and within this carnival of apocalypse, there are a couple of fine pieces of criticism … Politically, this book is the hyperbolic sibling to the work of the feminist economist Katrine Marçal. Like her, Ellmann wants to expose society’s dependence on female labour and force us to confront ourselves as the vulnerable beings we are—before we destroy the world on which we rely.”—The Spectator 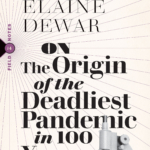 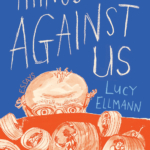 Things Are Against Us (hardcover)
Scroll to top