I Wrote Stone: The Selected Poetry of Ryszard Kapuscinski (eBook)

Ryszard Kapuscinski was considered among the most important journalists of the 20th century. Several of his titles — including Shah of Shahs, The Emeperor, and The Soccer War — are considered part of the modern canon. What was not known, at least in the English-speaking world, is that Kapuscinski was also a poet. I Wrote Stone brings together the best of the poems from his published work, offering them for the first time in English. Kapuscinski’s is a thoughtful, philosophic verse, often aphoristic in tone and structure, and as one would expect, engaged politically, morally and viscerally with the world around him.

“Even faced with his oncoming death, a swift bout with cancer, Kapuscinski could not help but retain his tone or reportage. He touches upon the great fear of death with a surprisingly unbiased touch even as the lines are imbued with emotion by the reader, who knows the inevitability and is faced with a posthumous message from beyond.”—Bookslut

“I Wrote Stone” shows us a chronicler of chaos in one of those moments when he has turned off his journalistic processes and given himself up to something else.”—LA Times

There are no reviews yet.

Be the first to review “I Wrote Stone: The Selected Poetry of Ryszard Kapuscinski (eBook)” Cancel reply

Flash from the Past: 140 Photographs from the Waterloo Region Record (Trade... 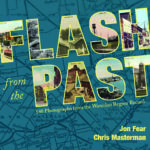