“In a novel that paints a picture of modern Ireland that isn’t by Sally Rooney, women in an oncology ward come to terms with secrets, illnesses, and how to deal with their families through text and emoji-speak and existential humor. Perfect for Sad Girl Fall.”—Nylon

“Wry and gut-wrenching, As You Were is an insightful debut … You can’t help but cheer for this motley cohort of wardmates-cum-friends—if only so you aren’t sobbing the whole time. This is a novel that is heartfelt without being saccharine, realistic without being bleak, and experimental without being esoteric. I wholeheartedly recommend spending the time with these characters, learning Sinéad’s story (and a little of Ireland’s too), and experiencing all this novel has to offer.”—Julia Turner, Itinerant Literate Books (North Charleston, SC)

As You Were (ebook) 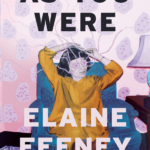 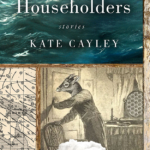