Denise’s stepdaughter Greta is a med student who swims ocean marathons and runs off to Africa with a family friend four times her age—and also battles an eating disorder. When Judy, Greta’s birth mother, returns from Japan (to which she ran off herself, with a Mexican tennis pro) and tries to ingratiate herself with the husband and daughter she left, Denise must navigate their complicated relationships with each other while attempting to bring Greta’s addiction to light—and learning how to live more charitably.

“Like Carol Shields’ Unless, and its meditation on goodness, Charity is a powerful work of philosophical and moral inquiry, rooted in skilfully wrought characters and sly storytelling.”—Toronto Star

“Readers in the market for a fiction short might enjoy this comic novella … in which a stepmother navigates the complex relationships between her husband, his ex and their daughter.”—Globe & Mail

“Charity—for all its brevity—is] a dense, deliberately paced work … What Fraser is after in Charity is a sincere examination of family in all its moral ambiguity, including its barbed and occasionally corrosive aspects … Fraser is adept at pulling the rug out from under a reader’s moral surety. That he manages all this in such a compact form proves that the novella is capable of detonating shock waves in a way other genres may have to work harder to achieve—if they are able to do so at all.”—Quill & Quire

“Fraser has crafted a conflict and characters so nuanced that the book could triple in length without feeling inflated. Charity reminds us of the power of a novella, the feel of the narrative straining against the borders of itself, the discipline in not allowing the story to be a single line longer than it needs to be … Fraser’s characters slyly and unobtrusively rise out of the deceptively slim volume and exist in the room alongside you. It is always a mini-miracle when this happens; and the fact that it happens in such a mini book is a miracle all the more.”—Richard Kelly Kemick, Malahat Review

“The sheer exuberance of language, the sureness with which Fraser captures the movements of the working mind, makes this book a joy to read.”—Ottawa Citizen

“Fraser’s controlled and confident writing gives us a rich sense of the longing of his fully drawn characters … a remarkable, bittersweet celebration.”—Quill & Quire (starred review)

The range of Fraser’s characters is astonishing…not an author who can be ignored.”—January Magazine

“If you really want to journey into the heart of darkness, you’d be advised to travel with Vancouver writer Keath Fraser, a man of extraordinary talents.”—Bronwyn Drainie

“Keath Fraser is one of the most intelligent writers working in Canada.” —The Malahat Review 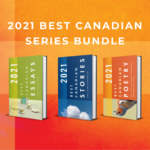 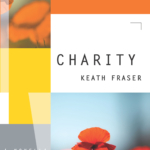