She is about thirty-three, speaks French fluently. . .[she ] is gay, sweet and ironic, but she has bursts of anger over nothing when she is confined to a straightjacket, writes James Joyce in one of the few surviving documents concerning his daughter. A gifted dancer, Beckett’s lover, an aspiring writer—what little we know about Lucia Joyce effectively ends with a diagnosis of schizophrenia and subsequent hospitalization: after her death, her nephew Stephen, executor of the Joyce estate, burned her letters and medical records, erasing her not only from her father’s legacy, but from her own existence in the world as well.

“This novel is full of the world’s richness, and wittily, sympathetically describes our falls in trying to grasp it. It deals not just in emotional terms, but in what is really here, what we actually have to work with during our lives. Pheby achieves this not by stuffing the book full of things, but in doing quite the opposite: he takes a small number of carefully chosen objects – you might call them fetishes – and constructs a universe every bit as frightening as the real thing.”—The Herald Scotland 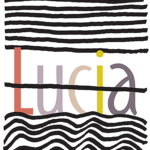 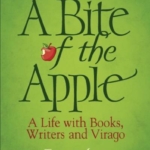 A Bite of the Apple
Scroll to top