Shop
You are here: Home / Shop / New Release / Murder on the Inside

Murder on the Inside

“The uprising is cast in part as a prisoners-rights movement, but it is complicated by internal struggles among inmates … [Fogarty] delivers them in three-dimensions, complicated, inconsistent, incomplete, flawed, but human beings who wanted and deserved better treatment … A detailed and balanced record … The book serves as a study of a moment and of its participants, who both reflect the time and transform it as the events of the 1971 riot would contribute to long-overdue penal reform in Canada. Where the book is at its best, the reader gets to know the inmates who struggle for power among one another and against the political system that forgot them.”—Globe & Mail

“Fogarty’s well-researched and moving debut examines a 1971 Canadian prison riot and the conditions that caused it … Fogarty sympathetically portrays Knight and others who acted in good faith. For readers who have ever wondered about life behind bars, this is a must-read.”—Publishers Weekly

“Fogarty’s approach makes for a compelling narrative and an extremely readable book … Fogarty’s most significant contribution is in a number of original interviews with guards, including one who had been held hostage, and prisoners who had lived through the riot. These interviews allow for a rich chronicling of events … Murder on the Inside successfully weaves a concise history of Canada’s most notorious prison into a compelling story of the 1971 riot and its aftermath and is a valuable contribution to the history of Canada’s prisons and the Canadian prison justice movement.”—Ontario History

“The most important observation author Catherine Fogarty makes in this her first book (and a good one) is not about the notorious riot in 1971 in Kingston Penitentiary (KP) that she examines, but her conclusion that Canada’s prisons are still much better at housing and hurting people than helping them … Fogarty’s chronicle of the KP riot is a comprehensive and action-packed explanation of what went right and wrong when 500 prisoners in the worn-out and under-staffed pen went rogue … Murder on the Inside is a shocking tale of sickening savagery and unrewarded heroics, and Fogarty details with growing confidence the unhealthy, sadistic straight-jacket life inside Kingston’s notorious maximum security prison 50 years ago.”—Winnipeg Free Press

Murder on the Inside (trade paper) 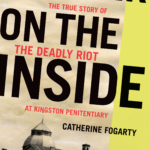 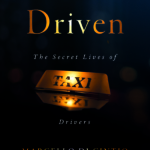