Shop
You are here: Home / Shop / Non-Fiction / Cultural Criticism / On the Origin of the Deadliest Pandemic in 100 Years

“I would highly recommend [On the Origin of the Deadliest Pandemic in 100 Years] to anyone interested in knowing more about the origin of the COVID-19 pandemic. Her very thorough research, based on publicly available documents, shows how China badly managed the initial phase of the pandemic and manipulated the WHO which resulted in an underestimation of the problem and delays in putting in place measures to limit the damages of the pandemic in other countries.”—Guy Saint-Jacques, former Canadian Ambassador to the People’s Republic of China

“[Dewar] has spent the pandemic following the politics, the scientific research, the news coverage—and the money … Her book casts a shadow over the wet market theory and points a finger at the Chinese government—and at some scientists and leading science journals for their single-minded support and promotion of this theory … The book reads almost like a detective novel.”—The Globe and Mail

“Dewar gets us to an acceptable truth about the origin and the travels of this coronavirus, and the significant tardiness and incompetence of governments and science to protect the public.”—Winnipeg Free Press 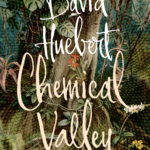 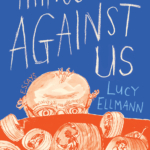 Things Are Against Us
Scroll to top