“The Kurapaty mass grave near Minsk, Belarus, was used to hide the bodies of thousands murdered by Stalin’s secret police from 1937 to 1941. This novel of witness tells the story of the prosecution of a war criminal hiding in Canada. There is self-discovery. There is torture and false confession. There are affidavits and dark nights of the soul. There is Leah’s painful search for witnesses driven by her “damaged, obstinate heart.” And searingly, as McCormack writes, there are the voices of the dead who cry out, “We are here. We are waiting.” Know this history through your heart, through the empathetic imagination of McCormack’s fiction.”—Kim Echlin, author of The Disappeared 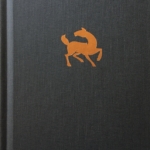 A Ghost in the Throat (limited-edition hardcover)
Scroll to top