Shop
You are here: Home / Shop / Non-Fiction / Memoir / A Ghost in the Throat (trade paper)

In the eighteenth century, on discovering her husband has been murdered, an Irish noblewoman drinks handfuls of his blood and composes an extraordinary lament that reaches across centuries to the young Doireann Ní Ghríofa, whose fascination with it is later rekindled when she narrowly avoids fatal tragedy in her own life and becomes obsessed with learning everything she can about the poem Peter Levi has famously called “the greatest poem written in either Ireland or Britain” during its era. A kaleidoscopic blend of memoir, autofiction, and literary studies, A Ghost in the Throat moves fluidly between past and present, quest and elegy, poetry and the people who make it. 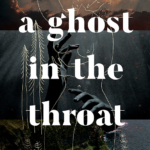 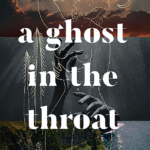 A Ghost in the Throat
Scroll to top