“The astonishing Boyagoda at his astounding best … Dante’s Indiana is a satirical stunner, a mad Midwestern tour de force and one of the most moving, most incisive maps of our grim contrapasso present you’ll ever read, a novel that is both humblingly humane and soaringly divine. Dante’s Indiana is what would happen if Saunders’ CivilWarLand in Bad Decline and Moby Dick had a prophetic prodigal child. This book is a miracle.”—Junot Díaz, Pulitzer Prize-winning author of The Brief, Wondrous Life of Oscar Wao 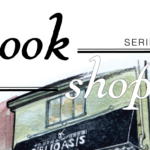