In ten vividly told stories, Shimmer follows characters through relationships, within social norms, and across boundaries of all kinds as they shimmer into and out of each other’s lives.

Outside a 7-Eleven, teen boys Veeper and Wendell try to decide what to do with their night, though the thought of the rest of their lives doesn’t seem to have occurred to them. In Laurel Canyon, two movie stars try to decide if the affair they’re having might mean they like each other. When Byron, trying to figure out the chords of a song he likes, posts a question on a guitar website, he ends up meeting Jessica as well, a woman with her own difficult music. And when the snide and sharp-tongued Twyla agrees to try therapy, not even she would have imagined the results.

“Pugsley, equal parts poet and meticulous historian of his own private Halifax, has accomplished, with “Aubrey McKee,” a work of high literary art, remaking and claiming the city as his own once again in a sustained performance that pulses with that deep, radical love.”—John Delacourt, The Ottawa Review of Books 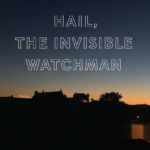 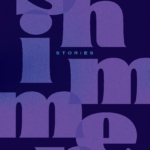