In Temerity & Gall, Metcalf looks back on a lifetime spent in letters; surveys, with no punches pulled, the current state of CanLit; and offers a passionate defense of the promise and potential of Canadian writing.

In a 1983 editorial letter to the Globe and Mail, celebrated Canadian novelist W.P. Kinsella railed that “Mr. Metcalf—an immigrant—continually and in the most galling manner has the temerity to preach to Canadians about their own literature.” Forty years later, in spite of Kinsella’s effort to discredit him in the name of a misguided nationalism both embarrassing and familiar, John Metcalf still has the temerity and gall to preach, to teach, and to write passionately (and uproariously) about literature in Canada. Part memoir, meditation, and apologia, part criticism and pure Metcalf, the present volume distills a lifetime of reading and writing, thinking and collecting, and continues his necessary work kicking against the ever-present pricks. As is the case with all of his critical work, Temerity & Gall will challenge, delight, anger, and inspire in equal measure, and is essential reading for anyone interested in literature in Canada and its place within the wider tradition of writing in English.

Temerity & Gall is printed in a limited paperback edition of 750 copies signed and numbered by the author.

“[Metcalf’s] exacting eye and his ongoing willingness to call out what he considers substandard, inert, or deadening in our literary culture has earned him opprobrium … One need not agree with everything [he] says to find much to gnaw on in his analyses of the various ways literary technique and style … are too often downgraded or outright ignored. … While it’s amusing to wrestle with the temerity and gall of Metcalf’s settled esthetic standards … his achievement in translating this approach into practice as mentor and guiding light is invaluable and we are all in his debt.”—Steven W. Beattie, Toronto Star

“[Metcalf] deliver[s] a layered and textured narrative highlighting a wide range of writing and writers, one that immerses the reader into the soul of what writing, and thus literature, is supposed to be. And in this, he has succeeded.”—Ottawa Review of Books

“Temerity & Gall is obviously a must-have for book lovers but, since it presents Metcalf’s energetic meandering from a re-union of the Montreal Story Tellers through colourful observations and unabashed opinions, it can be enjoyed by anyone seeking stimulation of the mind.”—Winnipeg Free Press

“Masterful … Harsh reality, hope, and caricature mingle in this tour de force. As Metcalf says in his previous book, “Writing is very hard work but at the same time it is delightful play.” An exceptional collection.” —Kirkus Reviews (starred review) 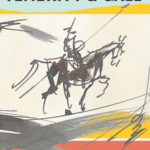 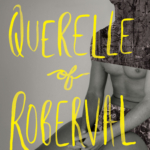