Shop
You are here: Home / Shop / New Releases / The Debt

Praise for The Debt

“Andreae Callanan’s appealing debut collection is an exploration of what is owed: an individual’s debt to family, community and place in forming identity and the present’s debt to the past. In the opening poem, the St. John’s writer offers a lyrical portrait of the island she calls home … In a sardonic suite of poems called ‘Crown,’ she looks at the history of settlement and colonialism, and the effect of being ‘outpost, not empire.’ Callanan’s phrasing is crisp, forthright and imbued with the music in commonplace language.”—Toronto Star

“Few books being published by authors in Newfoundland and Labrador have a more ‘of the moment’ title than The Debt … Callanan’s own urgent action is primarily introspective in her new collection, exploring debt from public, political, and personal directions.”—CBC Books

“Callanan writes of the distances between rural and urban Newfoundlanders, and of accents, the loss of the fish and of what colonialism looks like, from the contemporary ground. She writes, lovingly, of Newfoundland, and all its ‘wild and weedy things’ … This collection is an articulation of that complicated relationship between home and away, writing her familiar and immediate, as well as what might be possible beyond the horizon.”—Rob McLennan’s Blog 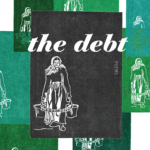 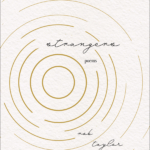