The oldest continuously operating Catholic parish in Ontario, Our Lady of Assumption, was formally established in 1767 by French Jesuit missionaries, when modern-day Windsor was rural and unsettled. Assumption Church, a beautiful Gothic-Revival structure opened in 1845, is considered one of Windsor’s most significant historic sites, where the city grew and developed around its walls. The church’s doors were closed to the public in 2014, but the parish continues on, and in 2017 celebrated its 250th anniversary. A pictorial history that sweeps through Assumption’s rich past and present, 250 Years of Assumption Parish chronicles moments from 18th-century history, from the founding of Assumption College—precursor to the University of Windsor—to the current state and interior of Assumption Church, including the last mass before the doors were closed. With never-before-seen photographs and an introduction by decorated local historian Patrick Brode, 250 Years of Assumption Parish archives and collects the story of an Ontario institution that today still serves over 700 families, and whose reach travels far beyond its borders. 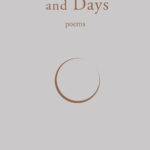 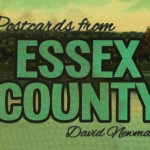