Our Field Notes Bundle includes the first four books in the series: On Risk by Mark Kingwell, On Property by Rinaldo Walcott, On Decline by Andrew Potter, and On the Origin of the Deadliest Pandemic in 100 Years: An Investigation by Elaine Dewar. Get all four titles for only $50, shipping included!

With COVID-19 comes a heightened sense of everyday risk. How should a society manage, distribute, and conceive of it?

As we cope with the lengthening effects of the global COVID-19 pandemic, considerations of everyday risk have been more pressing, and inescapable. In the past, everyone engaged in some degree of risky behaviour, from mundane realities like taking a shower or getting into a car to purposely thrill-seeking activities like rock-climbing or BASE jumping. Many activities that seemed high-risk, such as flying, were claimed basically safe. But risk was, and always has been, a fact of life. With new focus on the risks of even leaving the safety of our homes, it’s time for a deeper consideration of risk itself. How do we manage and distribute risks? How do we predict uncertain outcomes? If risk can never be completely eliminated, can it perhaps be controlled? At the heart of these questions—which govern everything from waking up each day to the abstract mathematics of actuarial science—lie philosophical issues of life, death, and danger. Mortality is the event-horizon of daily risk. How should we conceive of it?

From plantation rebellion to prison labour’s super-exploitation, Walcott examines the relationship between policing and property.

That a man can lose his life for passing a fake $20 bill when we know our economies are flush with fake money says something damning about the way we’ve organized society. Yet the intensity of the calls to abolish the police after George Floyd’s death surprised almost everyone. What, exactly, does abolition mean? How did we get here? And what does property have to do with it? In On Property, Rinaldo Walcott explores the long shadow cast by slavery’s afterlife and shows how present-day abolitionists continue the work of their forebears in service of an imaginative, creative philosophy that ensures freedom and equality for all. Thoughtful, wide-ranging, compassionate, and profound, On Property makes an urgent plea for a new ethics of care. 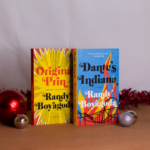