Shop
You are here: Home / Shop / Non-Fiction / Memoir / Be With: Letters to a Caregiver (eBook)

Be With: Letters to a Caregiver (eBook)

Be With: Letters to a Caregiver is what its straightforward title promises: 4 letters to a long-term dementia caregiver, drawing on Barne’s own years of caring for his mother Mary through the stages of moderate, severe, very severe, and late stage Alzheimer’s. The book is short: the letters range from 2,500 to 7,000 words, and are written in short takes of a few lines or paragraphs. It is meant to be a dippable source of clarity and solace, while also telling a compelling personal story. It is designed for harried caregivers who might have time for a 2-line section, or a 20-line, or one letter, or the whole thing. Be With balances candour about the devastations of dementia with insights into its paradoxical and indeed often uncanny enhancements of life, the ways in which it sometimes calls forth capacities long buried by the defenses of full cognition. In the words of the book itself: “All people with dementia, and some of them strikingly, show depths of sensitive awareness, resilience rising to heroism, and a capacity for joyful relatedness that is almost totally missing from public discussions of their condition.” The two-word title encapsulates the book’s core emphasis on fellowship and accurate witness: to simply be with who, and what, is actually before us.

Praise for Be With

“The particulars of Mary’s dementia give this brief book universal appeal. The author effectively humanizes himself as a man who has made errors, who wishes he had done things differently, and who has his own psychological burdens to bear…A book that tells the reader that you are not alone, whoever you are.” —Kirkus Reviews

“… fiercely alive, marked by a sharp, unerring eye for detail and a wonderful way with metaphors.” —Toronto Star

“His lucid prose brings to mind Poe’s Gothic horror, Hunter S. Thompson’s strangeness (without the drug-craze), and William Burroughs’ ellipsis (without the disintegration). But it is perhaps closest to Roald Dahl’s intimate exploration of human oddity and use of surprise in Switch Bitch.” —Globe and Mail

Be With: Letters to a Caregiver (Trade Paper) 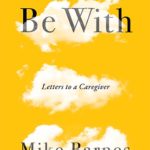 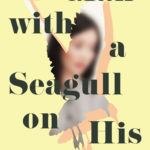 Man with a Seagull on His Head
Scroll to top