London has long been a centre of government, law, and industry for South-western Ontario, but the Forest City has also been centre-stage to many other national and international cultural happenings. Music fans might have heard about Johnny Cash’s famous proposal to June Carter at a local performance, but how many people know that it was local DJ Dick Williams who debuted The Beatles to North American audiences, kickstarting Beatlemania? Or that The Rolling Stones started a riot at the arena Treasure Island Gardens? Literature lovers might know that Alice Munro published her first short story in Folio at UWO, but did you know that legendary American poet Walt Whitman visited the London Insane Asylum in 1880? If you’re a Londoner, you probably searched the comics for Ting’s “Luke Worm,” but did you know that famed painter Paul Peel couldn’t sell a painting in his hometown, and went broke? Film buffs know that London is the hometown of some familiar Hollywood faces (Hume Cronyn, Kate Nelligan, Victor Garber, Paul Haggis, Ryan Gosling, and Rachel McAdams), but did you know that Canada’s first full-colour feature film was made here?

London: 150 Cultural Moments is full of… well… 150 such fascinating, fun, and unforgettable—if not always well-known—moments, which will make you look at the city of London and its history a little bit differently.

From the Vault: A Photo-History of London to 1950 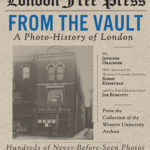 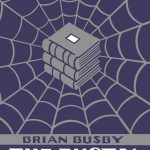