Shop
You are here: Home / Shop / Non-Fiction / Local History / From the Vault: A Photo-History of London to 1950

From the Vault: A Photo-History of London to 1950

Settled at the forks of the Thames River in the early 1800s, London, Ontario was a small, rural town when William Sutherland founded the Canadian Free Press as a weekly newspaper in 1849. A few years later, under new owner Josiah Blackburn, the paper was renamed the London Free Press, and grew into a major daily as London grew into the institutional powerhouse of Western Ontario.

The ensuing decades saw the Great Western Railway link London with the rest of North America as the Forest City established itself as the legal, fi nancial, military, and educa-tional centre of the region. Home to Western University, London Life, Victoria Hospital, and the Wolseley Barracks—as well as industry titans like Imperial Oil and Labatt Brewery—London established itself as vital to the growing nation.

From the Vault: A Photo-History of London to 1950 chronicles London’s growth from a modest town perched precariously on the flood-plain to a city growing quickly enough to annex surrounding communities. Th is wide-ranging collection showcases the Forest City like never before, from London’s sacrifices in war to church life on Sunday, from couples doing the jitter-bug to the pageantry of royal visits. Historian Jennifer Grainger provides fascinating chapter introductions and captions to complement the 1,000+ black-and-white photographs drawn largely from the London Free Press Collection of Photographic Negatives at Western Archives. Carefully researched and beautifully designed, From the Vault: A Photo-History of London to 1950 is indispensable for lovers of local history. 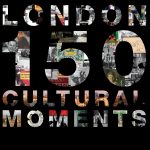