You can read an interview with the author here.

“A deeply intimate exploration of the artistic process by a writer of remarkable maturity and poise. Unfailingly, her prose remains centred, rooted in humility, never drawing attention to itself. Her every word feels thoughtful, honest, and true. With this book, Sarah demonstrates that a life pursued artistically, when done so with sincerity and integrity, is a life lived spiritually, no matter what the discipline. Concert halls might be poorer for her career choice, but the literary world can count itself richly blessed.”—Juror Statement for The Mavis Gallant Prize for Non-Fiction

“Her book is a gift to anyone who has left behind a pursuit and second-guessed that decision, though few of us could hope to have a teacher as inspirational as [hers] to coax us back into following our early passions. Describing their reunion, she writes: ‘Momentarily, I’m flooded with that remembered sense of being in touch with something age-old, precious, mysterious, and profound (…).’ It’s this profundity, the deep meaning of music, that Sarah captures so well in her beautiful and uplifting story.”—Montreal Review of Books

“[Y]ou don’t need to be a musician, nor do you need to have aspired to be a musician, to appreciate Music, Late and Soon. Anyone who has ever felt a vocation for something, pursued it, misplaced it, then tried to summon it again is apt to identify with Sarah’s story.”—Montreal Gazette

“Deeply interdisciplinary and challenging, it bears intimate witness as the internationally acclaimed Montréal poet reckons with the parallel strands of music and writing interwoven through her creative and inner lives.”—Montreal Serai

“It is a luxury to read a memoir about music written by an excellent writer who happens to have spent the greater part of her life as a musician.”—Musical Assumptions 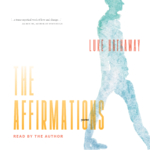 This Time, That Place (trade paper)
Scroll to top