A CBC BEST NONFICTION BOOK OF 2020

“We know Steven Heighton as an award-winning poet and novelist. With Reaching Mithymna, he emerges as an indelible nonfiction writer. Combining his poetic sensibilities and storytelling skills with a documentarian’s eye, he has created a wrenching narrative from the front lines of the Syrian refugee crisis. In 2015, Heighton travelled to Greece, his mother’s homeland, equipped with a duffel bag, a notebook, and a conscience. Reaching Mithymna is a heart-rending story of humanity and sacrifice by a writer who put his own life on hold in a desperate and often futile attempt to help shipwrecked strangers find a safe and secure future for themselves and their children.” —2020 Hilary Weston Writers’ Trust Prize for Nonfiction jury

“This is a heartbreaking but urgent tale of the crisis facing exhausted locals and weary aid workers.”—The Globe and Mail

“Through his example in Reaching Mithymna, Steven Heighton offers us an alternative to armchair activism and outrage. Yes, with guts and compassion, we can step out of our safe, comfortable rooms and make a contribution to the alleviation of suffering. There is a way—regardless of our age, language, status, or abilities–to enter global conflicts responsibly. Heighton relays the horrors of the Syrian refugee crisis with the insight of first-hand experience and the ethics of a conscientious witness. His unforgettable portraits of volunteers and refugees remind us that politics are inextricable from human lives.” —Ian Williams, Scotiabank Giller Prize-winning author of Reproduction

“The key to the book’s force is Heighton’s imperative to humanize and individualize everyone he encounters, from the volunteers – a ragtag gallery, constantly shifting as people move from one facility or camp to another – to the refugees themselves. There are few, if any, background figures; wherever possible, Heighton provides backstories and close observations of behaviour. These are not statistics but people, each sensitively depicted, captured in moments of extreme stress … Reaching Mithymna is a stunning book, by turns heartbreaking and affirming, fundamentally human in its depth and scope. That it ends on a note balancing hope with loss, optimism with pain, is characteristic of its grace and power.” —Quill & Quire, starred review

“Heighton’s harrowing and moving book about his time in Greece, with its rich array of characters and finely expressed understanding of the pain of exile, wrenches our gaze back to the refugees and refuses to let go.” —Maclean’s

“If the epigraph—a soulful invocation by Leonard Cohen—doesn’t sufficiently grab your attention, the drowned children and babies a few pages later certainly will. Heighton’s searing memoir of embedding among the volunteers takes us back to 2015, when the hapless Greek government received assistance from the U.N. and dozens of nongovernmental agencies … This is far more than a traveler’s tale … This is the kind of book you won’t forget even if you wish you could.” —Kirkus Reviews

“Reaching Mithymna, is an eloquent depiction of refugees, volunteers and a seemingly endless crisis.” —Brian Bethune

“Deeply personal and tender, Steven Heighton’s Reaching Mithymna never shies away from the self-critique that comes with being a witness to unfathomable human tragedy. There’s a uniquely fragile quality to Heighton’s beautiful narrative prose, one that only comes from an understanding of loss, uprootedness and exile, of what it means to reach out to that which remains elusive. Heighton gives voice to a multitude of colourful yet tragic characters faced with impossible dilemmas and their own shortcomings.” —Yara El-Ghadban, author of I Am Ariel Sharon

“Steven Heighton’s extraordinary book is driven by two inseparable desires: to learn, and to help. First is the writerly needing to know exactly how people manage in a particular time and place. Best go there and find out. Being there you may help. Learning, you will help better. And writing about it later, about the whole mix of those suffering and those seeking to alleviate that suffering, continues the learning because making sentences is a continued thinking, a trying to make sense. What this book teaches in its writing and in its publication is that mutual aid is the condition of our survival.” —David Constantine, author of The Life-Writer and In Another Country

“As Heighton, by his impromptu arrival, experiences a world crisis unfolding far from his protected home life, so do we through his refreshing style and humble tone.”—The Longest Chapter 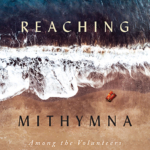