Tag Archive for: here the dark

You are here: Home / here the dark 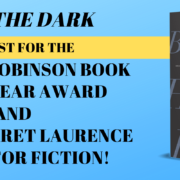 We at Biblioasis are thrilled to share that on Friday, April 30, 2021 at 11 AM CDT, it was announced by the Manitoba Book Awards that Here the Dark by David Bergen has been shortlisted for both the McNally Robinson Book of the Year Award and the Margaret Laurence Award for Fiction!

The prize for the McNally Robinson Book of the Year Award is $2000 CAD, and the prize for the Margaret Laurence Award for Fiction is $3500 CAD. The winners for both will be announced online on Thursd 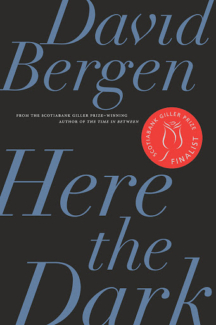 The other finalists for the McNally Robinson Book of the Year Award are Black Water: Family, Legacy, and Blood Memory by David A. Robertson (HarperCollins), Dragonfly by Lara Rae (J. Gordon Shillingford), My Claustrophobic Happiness by Jeanne Randolph (ARP Books), Tablet Fragments by Tamar Rubin (Signature Editions), and The World is Mostly Sky by Sarah Ens (Turnstone Press).

The other finalists for the Margaret Laurence Award for Fiction are Kate Wake by Mariianne Mays Wiebe (DC Books), My Claustrophobic Happiness by Jeanne Randolph (ARP Books), Still Me: A Golf Tragedy in 18 Parts by Jeffrey John Eyamie (Turnstone Press), and The Lightning of Possible Storms by Jonathan Ball (Book*hug Press). 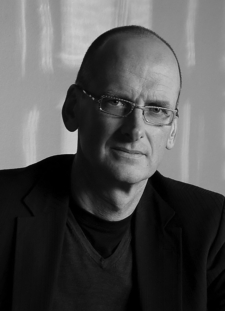 Get your copy of Here The Dark now!